Three wars and an invasion

In 1670 he had set up several Chambers of Reunion to investigate whether France had been given all the territories to which it was legally entitled following the Thirty Years’ War and the War of Devolution. The Chambers resolved that more areas, mainly small towns and villages surrounding the cities that had been ceded by treaty, should be awarded to Louis and when French troops were sent to these areas they were generally unopposed. In effect, the reunions were a legal veneer for annexations. 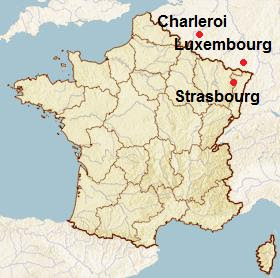 In 1680-1 the French attacked Orange, where the Dutch Stadhouder William’s family had its hereditary estates. In August 1681 they occupied the town, pulled down its walls and let loose the dragonnades. This was a final insult to William as a sovereign prince. For a while though he was helpless, as the States General would not allow him to increase the number of armed forces. In September 1681 the Protestant city of Strassburg was taken from the Empire and renamed Strasbourg, giving the French control of much of the lower Rhine. The barrier town of Luxembourg was then besieged (it fell in June 1684).


French power was at its height. One French diplomat wrote:

William’s only answer to his dilemma was to build up an anti-French alliance. However, the Holy Roman Emperor Leopold I (right) was distracted by the Turkish invasion of 1683.

The Siege of Vienna
The Ottoman frontier was not much more than 60 miles from Vienna across a narrow strip of the Christian part of Hungary. From 1655 Leopold I abandoned his policy of religious toleration and withdrew many of the privileges of the Hungarian nobility. This forced many dissident Catholics and Protestants into the Ottoman borderlands and gave the Turks their opportunity to exploit the internal troubles of the Habsburg lands. On 14 July 1683 a Turkish army of 150,000 under Kara Mustapha Pasha began to besiege Vienna. The siege lasted two months. Because the German princes were preoccupied by Louis XIV's incursions into the Rhineland, he turned instead to the King of Poland, Jan III Sobieski.  was ended after Polish, Austrian and German forces, led by the king of Poland, John III Sobieski, who defeated the Turks in a daring cavalry charge on 11 and 12 September. 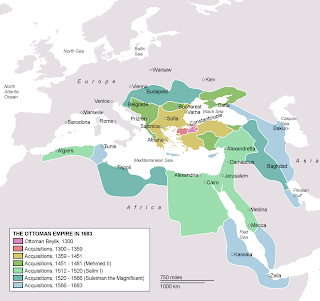 The map above is of the Ottoman Empire in 1683 - at the height of its territorial expansion. The battle of Vienna provided the starting point for the reconquest of much of the territory that had been lost to the Ottomans in the previous century. In 1686 Buda was captured and Hungary and Transylvania reverted to Christian control. Though the Turks fought on for another 16 years, their failure to take Vienna can be seen as marking the historic end of the expansion into Europe of the declining Ottoman Empire.

The League of Augsburg (1686)
The Ottomans had felt able to move against Vienna because Louis had assured them of his neutrality. He had hoped that the Turks would destroy the emperor’s power, leaving him to pose as the saviour of Christendom. The Austrian victory destroyed this ‘megalomaniac dream’ (Robin Briggs, Early Modern France, Oxford, 1998, 147). It was Leopold I who could claim to be the champion of Christendom (supported by Protestants as well as Catholics) while Louis was portrayed as ‘the Christian Turk’. His enemies included Pope Innocent XI.

In August 1684 the Treaty of Ratisbon (Regensburg) confirmed the French acquisition of Strasbourg in return for Louis’ promise of a twenty-year truce in Europe. Few believed this promise, and Protestant opinion was further outraged by the Revocation of the Edict of Nantes in 1685. Louis seemed to be at the height of his power, but in reality he had united most of Europe against him.  His sole reliable allies were the English monarchs, Charles II and his Catholic brother James II who became king in 1685.
This hostility was confirmed when on the death of Charles II, Elector Palatine in 1685, Louis put forward a claim to the Palatinate on behalf of Charles’ sister (and his sister-in-law) Elizabeth Charlotte (Liselotte).

Growing concern about France led to the formation in 1686 of the League of Augsburg (the Grand Alliance) consisting of the Emperor, Spain, Sweden, Saxony and Bavaria; it intended to return France at least to its Treaty of Nijmegen borders.

In the summer 1687 Turks were defeated at Mohács, and the imperial army took Belgrade. The military position was now transformed: for the first time in years it would now be possible to put an imperial army on the Rhine. Sweden and Brandenburg were already in the anti-French camp. From Louis’ point of view it was necessary for him to move swiftly if he was to regain the initiative.

When one of Louis’ clients, the Archbishop Elector of Cologne, died in May 1688, Louis put forward his own candidate, who was also supported by James II of England. In response William of Orange and the emperor put forward their own candidate, Joseph Clement of Bavaria. The pope pronounced in favour of the Bavarian. 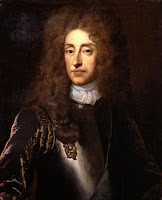 When did William decide to challenge his father-in-law James II (above) and  invade England? In the spring and autumn of 1687 he sent two emissaries, who established a firm relationship with the major political figures in England. However there is no serious evidence that he was considering armed intervention at this time. James’ heir was William’s wife, his Protestant daughter, Mary, and the king was not expected to live long.

But at the end of 1687 his second wife, the Catholic Mary of Modena, announced her pregnancy. If the child were to be a boy, this would open up the prospect of a Catholic dynasty, committed to an alliance with France.

In April 1688 William told Admiral Edward Russell, then visiting his palace Het Loo, that he was considering an English invasion.  He had come to believe that James’s policies were leading to one of two consequences both unpalatable: either England under James would be a reliable ally for France, or James would be overthrown and an English republic set up. This would be a disaster for Holland; another Cromwell, bent on colonial expansion and commercial enterprise, would have ruined his whole European strategy.

On 10 June 1688 the Prince of Wales was born. Many of James’ opponents chose to believe that the birth was spurious. It is not known what William believed about the birth.  Later in June, he received a letter of invitation from seven peers ‘the immortal seven’ inviting him to save the Protestant cause. But there is no evidence that the signatories were inviting William to seize the throne.

In July William began to assemble a huge expeditionary force that ultimately comprised 463 ships, 5,000 horses, and some 14,000 men, though neither France nor England knew of his intentions.  But the odds against a successful invasion were great. 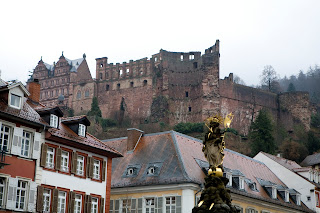 On 20 September the Bavarian candidate (the Pope’s choice) was enthroned as archbishop elector of Cologne.  Five days later a furious Louis invaded the Palatinate, thus starting the Nine Years’ War (the War of the Grand Alliance). French policy was to devastate the Rhineland in order to create a permanent buffer zone between France and the Empire and to intimidate the German princes into submission. About twenty towns were destroyed and many more villages. The atrocities galvanized German opinion against France. From William’s point of view this was excellent news, as the French army was now tied down in a deeply hostile Germany. If Louis had pursued the counter-strategy of attacking the Spanish Netherlands, William would not have been able to leave Holland.

William invades England
On 28 September William told the States-General of his plan to invade England. By this time the Dutch had come to believe that they were in mortal danger from the French and ready to accept William’s pretext that he simply wanted to force James to summon a parliament.

William’s fleet sailed on 20 October but was forced back by a terrible storm and had to wait for an easterly wind. On 1 November it set sail a second time. Driven by a north-east wind (‘the Protestant wind’) the fleet sailed up the Channel and landed at Torbay on 5 November. (The same wind trapped the English fleet in the Thames estuary.)

If James had kept his head, he might have been able to rally his supporters.  But at Salisbury on 23 November he lost his nerve. At this point John Churchill defected, followed by James’ younger daughter, the Princess Anne of Denmark, who fled from London with her friend, Sarah Churchill.

In December James sent his wife and child to France. Having thrown the Great Seal into the Thames, he tried to make his own escape. He was captured on Sheppey by fishermen, taken to Faversham, and returned to London.  But William allowed him to go by boat to Rochester in the correct expectation that he would soon escape to France. He sailed to Ambleteuse on Christmas morning. Three days later he was united with the Queen at St Germain en Laye.

James’s flight meant that when William reached London on19 December he had the support of both Whigs and Tories. He convened an assembly over Christmas to advise him. At the end of the year separate assemblies of peers and former members of the Commons invited William to take over the conduct of government for the time being and to order a general election for a ‘Convention’ to meet on 22 January 1689.

In February the Convention offered the crown to William and Mary as joint sovereigns. The ‘Glorious Revolution’ had important consequences for Britain and Europe. Its unintended result was to make Parliament a permanent part of the constitution. It allowed a degree of religious toleration by permitting Protestant Dissenters to worship freely. It committed England (later Britain) to a long series of wars against France that has been called ‘the Second Hundred Years War’. In 1689 England joined the League of Augsburg.
Posted by Anne at 11:32